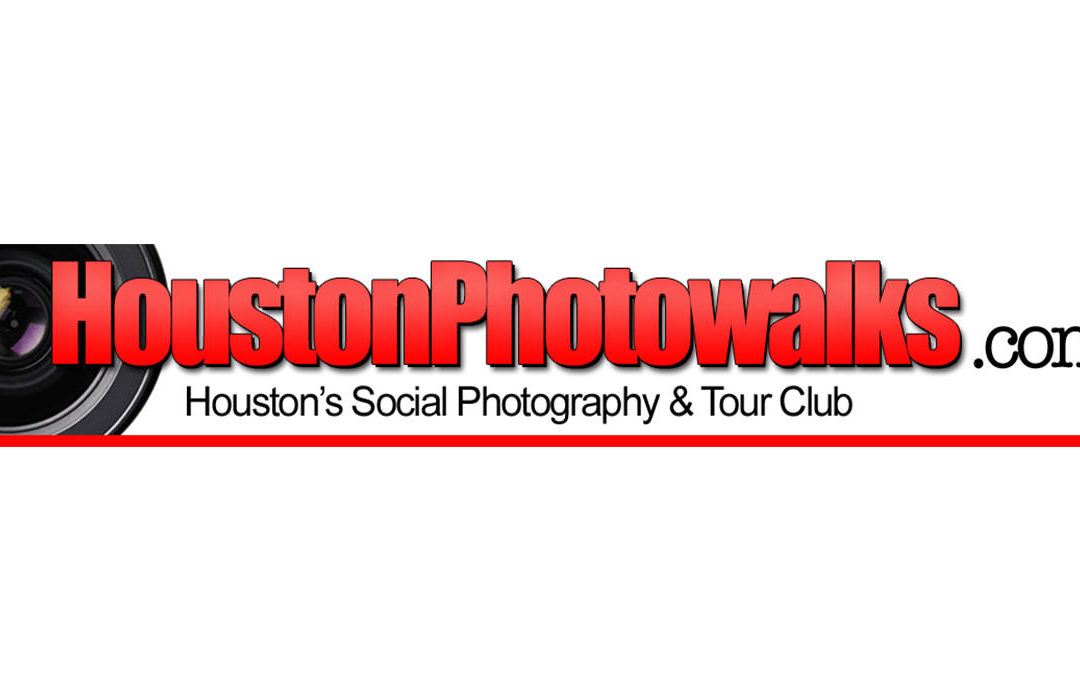 Since the day I started the group in June of 2009, HoustonPhotowalks.com has been a real blast. There are hundreds of amazing photographers in Houston, and I’ve had the pleasure of meeting many, many, many of them over the past 4 years.

Not The First Rebranding

To help keep the group’s web-site fresh (and to repair things that break when Meetup.com changes the header size or formatting options), our community’s web site has undergone a few “face lifts”. Through each rebranding, we maintained a few common features to remain recognizable: The Big Lens, the font, and (for the most part) our name.

Starting off Year Four – Going Back To Red

And now, at almost our 4-year mark, Meetup.com has kicked in with another major overhaul of their Look and Feel. Since we are along for the ride, HPW is going to rebrand too. This time, a bit more drastically than in previous years. Note however, to provide consistency in our branding, we continue to use the same font and message.

In fact, we are somewhat returning to our roots, going back to our original fire-engine red.

I’ll admit it, some of these are sick-embarrassing to display. But they are what they are: our history in logos.

At first, the group was called “Houston Photowalk Events”, you can still see this reflected in some of our email addresses.

Meetup was tweaking their interface just like we were. And at one point, I was able to create large graphics for our header. Around December of 2009, we saw the familiar Orange and Black logo appear. Click to see full size.

It was about this time that our community really started to evolve. We weren’t just about “events”. The group was doing discussions, DIY’s, movie-theater presentations, and had eaten lots-and-lots-and-lots of food together. Rather than focusing on the nature of “Events”, the branding was changed so our community had a name. We rebranded to Houston Photowalks.

In June of 2010, I couldn’t really keep calling the group an experiment. We had organized and executed dozens of photowalks and meetups. To celebrate our 1st birthday, I purchased the web site domain name we use today, and rebranded as a proper “dot com”.

After organize events to small home-town parades, tours BEHIND the Galveston Strand to photograph the cracked walls and garbage dumps, and visits to the famous National Funeral History Museum, the group and our events were sometimes a little weird. So I added “Interesting and Unusual” to our branding too.

On the heels of another major Meetup.com redesign, we jumped in and rebranded again. We kept The Big Lens, the font, and the branding. But as we near our 4th anniversary, we switched back to red. How long with this logo last? Time will tell.

After Meetup made more GUI changes, part of our slogan was no longer visible on the site.  To help solidify our branding, we added the tagline to the image, below the URL.

Meetup made a GUI change that added a colored bar along the bottom of the header image.  For our group, that bar was red, and looked exactly like the underline we had been using since September of 2013.  So I recreated the logo without the red bar.  Also, in keeping with more current design standards, I reduced the intensity of the drop shadow behind the red text.

Its fun to see how branding and designs change over the years.  I’m curious to see where the HoustonPhotowalks logo takes us in the future!